Hermann Loebenberg, was born as Hiskias Loebenberg in May 29, 1839 in Waechtersbach to Benjamin and Dorothea, née Strauss.

Hermann was married to Lina Stern, born February 11, 1844 in Fulda and their three children Emma, Adolf and Dina were all born in Fulda between 1873 and 1878.

With the consent of his wife, Hermann Loebenberg lived in Idaho / USA from 1880 to 1890, where he also received American citizenship.

After his return to Germany they lived with his brother David in Fulda on Mittelstrasse 29 and Brauhausstrasse 9.

He died October 8, 1922 and is buried at the new Jewish cemetery in Fulda.

Emma was a seamstress and married Adolf Ginsberg from Varrel near Sulingen in 1902. They had two daughers, both born in Dierburg.
On 23.7.1942 Emma and Adolf were deported from Hannover to Theresienstadt.
Emma died on 10.10.1942 (see death certificate) and her husband on 2.4.1944.

All three were deported from Bremen to Minsk on 8.11.1941 and were murdered in the Shoa.

Ruth married unknown Meyer and was deported on the same transport as her sister and was also murdered in Minsk.

His first wife was Fanny Cohn, born 1875 in Hannover. She died shortly after giving birth to Alice Lisel in 1906.

Adolf married his second wife Lina Jacobsohn who was born December 12, 1884 in Hannover.

They had two children:

In 1920 the family bought a farm with horses and cows near Hannover which was confiscated by the Germans in 1933.

In 1933 his daugther Alice from his first marriage emigrated to Palestine, together with her husband Erich Philipp and their son Chaim. 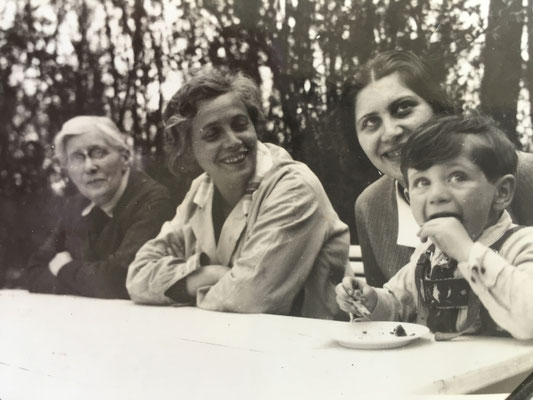 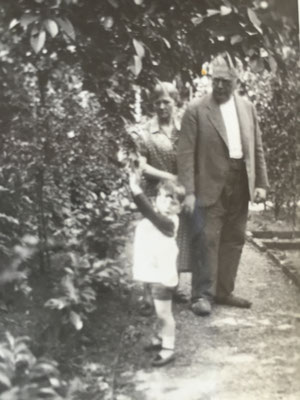 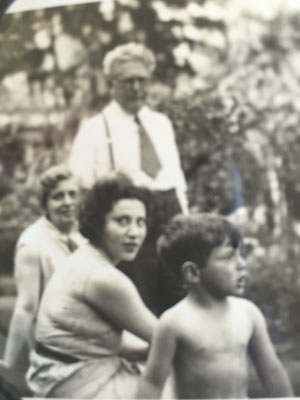 After Adolf and Lina Loebenberg moved to Hamburg, they were later deported from there to Riga Jungfernhof on December 9, 1941, where they were murdered.

Dina Loebenberg was the third child of Hermann and Lina and born June 14, 1876 in Fulda.

Dina emigrated to Palestine on an unknown date together with her husband and the two sons Ezra and Hillel, and lived there in Kibbuz Hazorea.